Panic is also a symptom of the virus

Yesterday was marked by fears surrounding the coronavirus. The virus arrived in Europe and more precisely, in Italy. Also, there are already several borders in the Middle East where restrictions have been introduced or where they have even been closed. Every day the death toll has been increasing and yesterday the numbers also increased in the main affected countries - China, South Korea and Japan.

This alarming news was probably the cause of changes in the financial markets and on the European benchmark index - Stoxx 600 - which fell 3.79%, which has been the sharpest drop since 2016. On the other side of the Atlantic, the S&P 500 depreciated by 3.35 %, while the Nasdaq fell by 3.71%.

Treasury bonds, on the other hand, served as a refuge and practically all debt yields linked to the main European countries ended up falling.

Regarding the European currency, it was possible to observe an increase in its value against the Dollar. This contributed to the good data that came from Germany regarding the economic climate and the removal of investors from various American assets.

Crude oil ended up falling for much of the day with an expected decrease in demand as a result of the virus. The price of a barrel depreciated by 4.81% to $ 50.81 a barrel.

Gold, in turn, increased by 1.82%, which is an expected result on a day of greater risk aversion. This value represents a maximum for seven years. 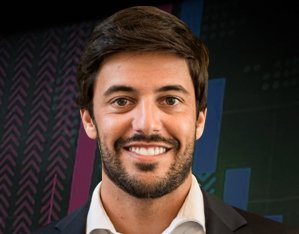