WEEKLY REVIEW: the calm before the possible storm

This week was fairly quiet until now. There were no key drivers. Market participants were also cautious due to terrorist attacks at the international airport in Brussels.

The U.S. dollar benefited from the quiet of this week. The greenback recovered its losses of last week after the Fed's interest rate decision. Comments by Fed officials supported the U.S. currency. Some Fed officials noted that the Fed could raise its interest rate in April if the U.S. economy continues to improve.

Market participants are awaiting the release of the U.S. personal consumption expenditures (PCE) price index (the Fed's preferred measure of inflation) and labour market data next week. The better-than-expected U.S. data will add to speculation that the Fed could hike its interest rate at its monetary policy meeting in April. It is likely that some Fed officials will support an interest rate hike.

Oil prices remained in focus. Market participants are awaiting the meeting between OPEC and non-OPEC countries, which is scheduled to be in Doha on April 17. Oil producers plan to discuss the freeze of the oil output. News reported this week that Saudi Arabia will join a deal to freeze the oil output regardless of Iran's participation.

Oil supply remained at the high level. An agreement on the freeze of the oil production could help to stabilise the oil market.

If the U.S. economic data is better than expected and in case of the negative economic data from the Eurozone, the currency pair EURUSD may test the support level at $1.1100 or $1.1000. 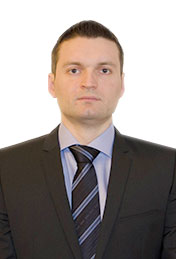