Alibaba is flying towards record-high IPO 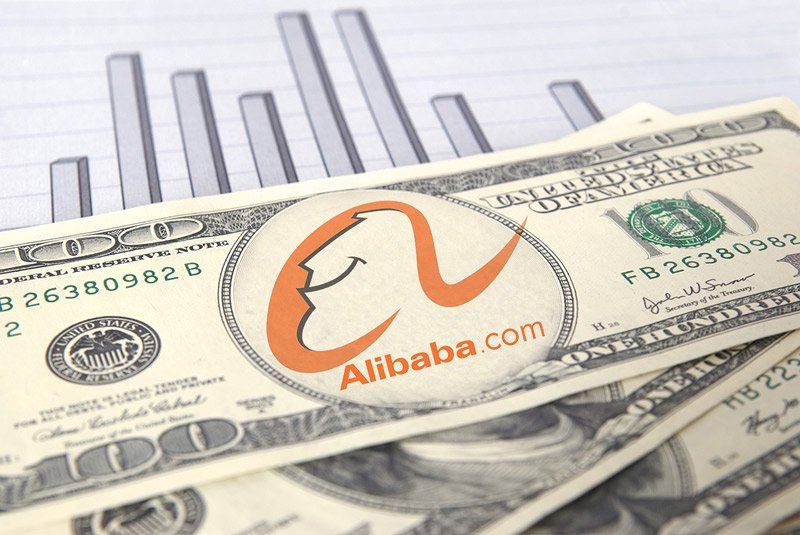 The initial public offering (IPO) market has been going wild in 2014, with 94 companies jumping into the arena. The most highly-anticipated IPO among investors, though, is that of Alibaba Group Holding Ltd. Alibaba, one of the companies that led China’s emergence as an economic superpower over the last 15 years, filed to go public on Tuesday, May 6, 2014, for what could become the biggest initial public offering in U.S. history.

Alibaba was founded back in 1999 by the ex-English teacher Jack Ma, who collected $60,000 from 80 investors with the intention of creating an online marketplace for Chinese companies. Setting up his business in an apartment in Hangzhou, he began with a couple of dozen items for sale. Since then, Alibaba has come to take over internet retailing in China, which will soon be the world’s largest e-commerce market. It has moved beyond its initial objective of connecting businesses to each other to projects that enable companies sell directly to the public, through Tmall.com, and allow members of the public to sell to each other, through Taobao. Alibaba also boasts a shopping search engine, eTao, and a flash-sales model, Juhuasuan.

In 2012, the company accounted for 70% of China’s package deliveries, while the transactions conducted through the company’s platforms accounted for almost 2% of the country’s GDP. It is no wonder why top analysts regard Alibaba as the private company that has done more for China’s economy than any other public organisation. By September 2012, the company made $485 million profit and $4.1 billion revenue. On one single day in 2013, the company hit $5.75 billion in transactions. The company’s market value is now estimated at $168 billion, which is bigger than 95% of the Standard & Poor’s 500 Index, and is regarded as the most valuable internet company after Google.

In March 2014, Alibaba Group Holding Ltd. announced its plans to go public and picked New York as the place for its initial public offering, after Hong Kong refused to approve its proposed board structure, which would permit its partners to appoint the majority of the board. It finally filed in May to sell what is expected to be the largest U.S. initial public offering of all times.

The prospectus report officially lists the IPO as a $1 billion deal, but the number is just a placeholder to calculate registration fees. The company didn’t specify how many shares it will issue or what valuation it will look for. Those figures will be announced closer to the actual sale. Sources say that Alibaba is seeking to sell about a 12% stake, which would place the offering around $20 billion based on the estimated value, higher than Visa Inc.’s $19.65 IPO back in 2008 and General Motors’ $18.14 IPO in 2010.

The underwriters on the deal will be Deutsche Bank AG (DB), Credit Suisse Group (CS), Morgan Stanley (MS), JPMorgan Securities (JPM) and Citigroup Inc. (C). There’s a specific process to go through, before Alibaba becomes a publicly traded company, involving several meetings and revisions in order to set a price for the stock. The e-commerce giant also has to decide whether to list its stock on the Nasdaq Stock Market or the New York Stock Exchange.

Financial facts about the company

In the official prospectus, Alibaba reported that revenue for the first nine months of fiscal year 2014, was $6.5 billion, a 57% increase from the previous year, while net income for the same period was $2.9 billion, a staggering 305% surge on a year-over-year basis. The Chinese internet giant reported that revenue for Q4 in 2013 was $3.06 billion, a 66% increase from a year earlier. During the same quarter, profit more than doubled to reach $1.35 billion. These numbers have led to estimates that the company’s worth is around $245 billion.

Alibaba reported that 84% of its revenue derives from its e-commerce operations in China. Last year, the company had more than 231 million active users, who traded around $248 billion over Alibaba’s sites. In the same year, Taobao and Tmall processed $170 billion in transactions between them, which is more money spent than on eBay Inc. (EBAY) and Amazon.com Inc. (AMZN) combined. It is interesting to note that the firm occupies 80% of the e-commerce market in China, which is the second largest in the world. International trade stands for 12% of the company’s top line, while internet infrastructure and cloud computing account for 1.9% of the firm’s revenue.

The company also noted that 19.7% of its gross retail volume in the fourth quarter of 2013 came from mobile users. In the same time period, the organisation boasted 136 million mobile monthly active users. Alibaba is investing heavily in reaching customers through mobile devices such as tablets and smartphones. It owns shares in messaging app TangoMe and ride-sharing programme Lyft, which serves over 60 U.S. cities. Moreover, it has its own mobile operating system and is leasing spectrum from communication companies to offer mobile voice and data packages.

Traders are closely monitoring Alibaba’s IPO, as it is expected to move the markets. It is interesting to note, that the Chinese e-commerce market has surged by 120% on a year-over-year basis since 2003, while this year it is anticipated to reach $283 billion and outperform USA’s. Moreover, people who conduct online purchases in China more than doubled in three years, reaching 250 million. With a growing number of people starting to shop and the rest of the country’s population going online, analysts forecast that the e-commerce market will reach $420 to $650 billion in 2020. Alibaba’s founder, Jack Ma, stated that the immature nature of most Chinese offline retailers, will enable e-commerce to develop faster and further in China than in other developed countries. Taking into account these facts, investors ponder that there is a lot of room for Alibaba to grow even further.

Senior analysts believe that a good IPO valuation could be just the beginning of a glorious course. They claim that if Alibaba manages to retain its leading position in its industry and expand into other services, it could become one of the world’s most valuable companies five years from now, with possibly more than $1 trillion in transactions performed through its platforms each year.

With all these promising prospects, would you consider investing in Alibaba?