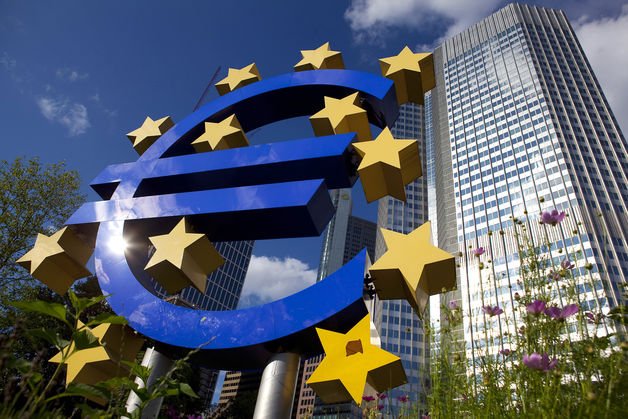 The euro suffered its sharpest drop in three years, after the ECB President, Mario Draghi, surprised international markets and investors by reducing interest rates and announcing a trillion-euro asset-buying programme.

On September 04, 2014, ECB President Mario Draghi revealed a series of interest rate cuts and a plan to inject liquidity into the deteriorating economy of the euro zone. The central bank cut its benchmark interest rate from 0.15% to a record low 0.05%, astonishing the analysts who had not anticipated such change. ECB also reduced its deposit facility rate from -0.10% to –0.20% and its marginal lending rate from 0.40% to 0.30%.

The rate cuts signal the final round of conventional monetary policy. Proclaiming that the central bank can now cut them no more, Mario Draghi stated to buy asset-backed securities and covered bonds in order to pump money into an economy which slowed down in the 2nd quarter and where lending has been narrowing for more than 2 years. Draghi stated that ECB’s objective was to increase the central bank’s balance sheet to the high level accomplished in early 2012 (€2.7 trillion), which equals an increase of about 50% or €1 trillion in backed-asset securities. ECB President did not disclose how much debt the bank is set to purchase, as more details will be revealed in October.

At the US on the same day, solid economic data supported the case that the US economy is on path for a robust growth in the 3rd quarter of the year. The Labor Department reported that the number of people filing for first-time unemployment benefit in the week ended August 30 went up by 4,000 to 302,000, from the prior week’s total of 298,000. The median estimate had expected initial jobless claims to remain at 298,000.

US companies hired employees at a stable tempo in August and the service sector activity picked up to a 6-1/2-year high. The ISM services index rose to 59.6 in August from 58.7 in July, exceeding forecasts for a fall to 57.5. The ADP employment report showed that the labour market added 204,000 jobs in August, below expectations for an increase of 216,000, against a rise of 218,000 jobs in July.

Meanwhile, another report by the Commerce Department showed that the US trade deficit shrank unexpectedly in July to the lowest level in six months. The deficit narrowed 0.6% to $40.5 billion from a revised $40.8 billion the month before. The average forecast expected a widening to $42.5 billion.

One day later on September 05, though, the Labor Department reported that the economy added only 142,000 jobs in August, the smallest this year, disappointing expectations for a rise of 222,000 jobs and suggesting that interest rates could remain at record lows for longer. The number of jobs in July was revised up to 212,000 from a previously estimated increase of 209,000. The report also indicated that the unemployment rate fell to 6.1% in August from 6.2% in July, which was in line with expectations.

Demand for the greenback, however, remained supported by the deviating monetary policy stand between the Fed and the ECB. The Fed is anticipated to wind down its asset purchase programme in October and to begin lifting interest rates at some point in mid-2015.

On September 4 in the UK, the Bank of England decided to put its key interest rate on hold at 0.5% and to retain the size of its asset purchase programme unaltered at £375 billion, after sustained weakness in inflation and wage growth. The meeting minutes, set to be released on the week 15-20 of September, would show how many members voted in agreement with a rate hike. The monetary policy committee was divided in August, with two members voting in favour of a rate hike and two against.

The sterling remained under pressure amid concerns that support for Scottish independence is gaining ground ahead of the relevant referendum scheduled on September 18 that threatens to break the UK apart. Uncertainty over what currency an autonomous Scotland would utilise pushed the sterling lower, whereas concerns over the effects of a “yes” vote for Scotland’s financial sector and its position in the European Union also reflected on the currency’s performance.

September 04, 2014 - The US dollar strengthened against most major currencies amid upbeat data on US service sector, coupled with ECB’s decision to embark on easing measures that pushed down the euro. The EUR/USD was down 1.58%, hitting 1.2941 overnight, which was the first time that the pair dipped below 1.300 since 2013. The greenback also rose against the sterling, with GBP/USD down 0.74% at 1.6338.

September 05, 2014 - The dollar was weaker against most majors on Friday, after the release of disappointing data on the US labour market. However, it didn’t sink on the news, as the August job report tends to be revised later in the year. The euro continued to be under heavy pressure amid ECB’s decision to cut its key interest rate. In the US trading session, the EUR/USD was up 0.07%, licking its wounds at 1.2954.The greenback was flat against the pound, with GBP/USD down 0.01% at 1.6327.