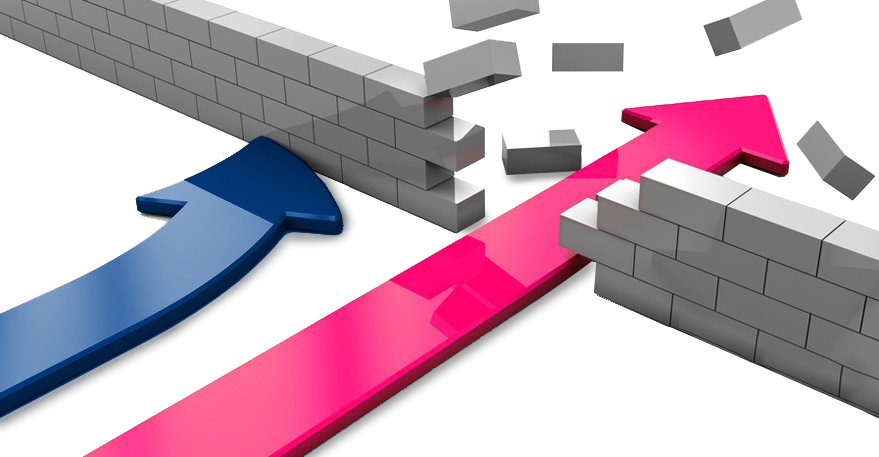 A price will always travel within the price channel, bouncing between the resistance and support line. Eventually, a penetration of either line will occur, as the price will break out from its normal barriers and move into a new range, exploring new trading horizons. Nevertheless, in many instances, the market will experience a false breakout and return to the price channel. So, how can a trader tell if the breakout is real or fake? Let’s find out.

What is a breakout?

As a general rule, a breakout is a penetration of a previous support/resistance zone or trend line. A breakout signifies the price movement into a new range, towards new highs or lows. From time to time, though, the bar or candlestick will cross the line and return to the previous price range, signifying a false breakout – also known as a fakeout – and a desire to keep operating within the prior trading range. A breakout is set to be genuine, if, for example, the body of the candlestick or bar crosses the line of resistance, closes above it and continues to head North, instead of bouncing off the line and move South.

Breakouts usually signal a considerable change in supply and demand for the traded asset and the beginning of a new trend. This is the reason why traders consider breakouts to be highly important trading signals. A breakout in the direction of the previous trend acts as a strong proof that this trend is still valid, while a breakout in the opposite direction might mean that this trend is possibly reversing and that a trader should close his position and maybe reverse it.

When breakouts occur, traders should always limit their speed of action, until they are convinced that a true breakout occurs. If someone acts too quickly or without confirmation of a real breakout, there is no guarantee that the price will continue to move into a new territory.

How to confirm a breakout

In cases that the precise breakout point is unclear, as in a S/R zone, the extreme level of the respective zone is regarded to be the breakout point. For instance, in a trading range with a support zone of horizontal lines consisted of former support points, the lowest support line would be the breakout level. Prices on the other horizontal lines will often dive into the support zone, without breaking through it completely. Therefore, a break of the lowest support point would confirm that the whole support zone has been penetrated. 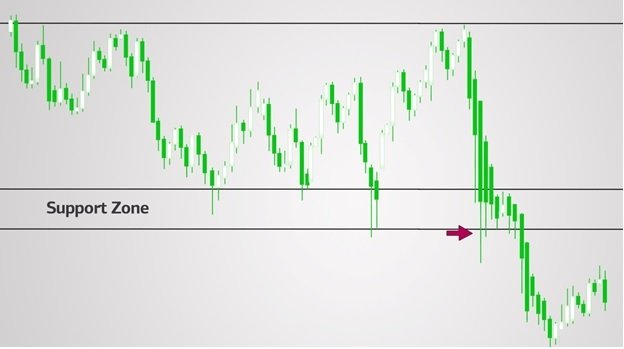 When a breakout arises, there is often no other confirming proof, until after the close of the candlestick or bar. There are traders who take action on the breakout without any delay and wait for the confirmation later. This is risky as the probability of a fake breakout is greater with just one candlestick/bar penetration, although the position can be protected with a nearby stop loss order. The least risky way of action is to wait for the close of the candlestick/bar in order to see if the penetration was just attributable to an exogenous factor with minor long-term impact. A number of traders even wait for two candlesticks/bars to close beyond the breakout level for confirmation. With this approach, you might miss a part of the move right after the penetration, but it enhances the likelihood that the breakout is real. 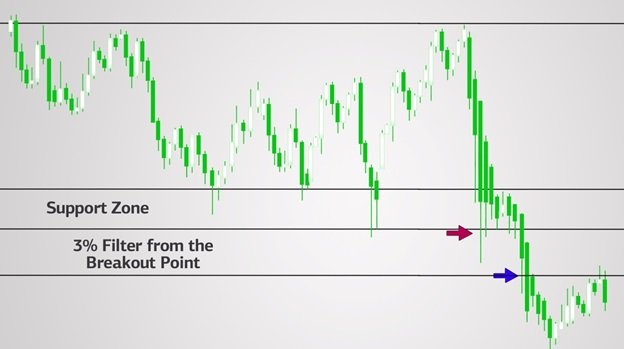 By including a multiple of the ATR, the penetration level is adjusted to the volatility of the instrument. This filter expands and contracts as price volatility changes. If, for instance, price volatility rises, the ATR will be larger, rendering the instrument less likely to mark a false breakout because of high volatility. Conversely, an instrument that is not so volatile will have a narrow filter that will trigger a breakout with only a minimum deviation from its usual range. 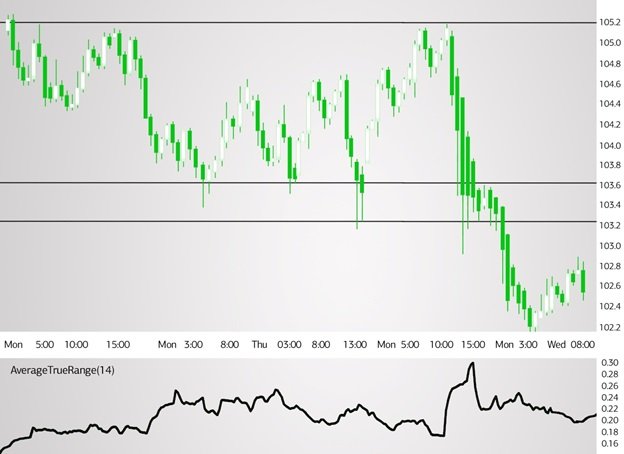 Can you predict a breakout?

So, there are ways to confirm that a breakout has really occurred. But, how about predicting a breakout before it actually happens? Occasionally, it is possible to predict a breakout if you look at the trading volume. An increase in volume along a trend supports that trend. Therefore, when prices are bouncing, say, below the resistance zone and the volume rises on every small up move and declines with every small down move, the chances are that the price will ultimately break through the resistance zone.

Prices can also give an indication as to their following directional move. If, for example, in a trading range prices begin to reverse upward at a level slightly above the lower boundary of the range and then reverse downward right at the resistance zone, it signifies that buyers are becoming more forceful with every minor correction and are prepared to pay more for the instrument. In case that this pattern of having slightly rising lows is accompanied by rising volume on the rallies, the likelihood of an upward penetration through the resistance line increases.