Quantitative Easing Under the Microscope 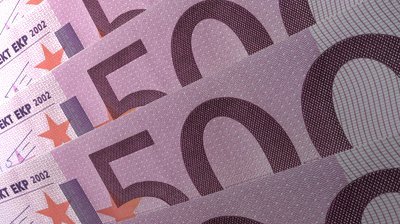 European Central Bank president Mario Draghi has pulled out the big guns. With years of declining inflation and persistently high unemployment plaguing the Eurozone, the central bank is considering to apply the most outlandish monetary experiment ever – quantitative easing. Employing a tactic never tried before, the ECB will enter uncharted territory.

Get ready for Eurozone’s next big experimentation

The Eurozone has been stuck in a low-inflation situation since 2011, with inflation declining over the last two and a half years to 0.5% (May, 2014), which is markedly under ECB’s 2% target. If it stays at that level for a long period of time, markets will experience falling prices or even deflation. While expecting prices to fall, consumers may delay spending, as they presume they can purchase goods for less in the future, thus slowing down consumption. Another pressing problem that the region has been struggling with is unemployment. Although it has been slowly dropping, it is still high at 11.7%, while youth unemployment is at 23.5%, even reaching the exorbitant 56.9% in some countries.

On Thursday, June 5, 2014, after months of thinly-veiled allusions, the central bank announced its plans to adopt radical measures to boost the economy. Among others, the Governing Council decided to employ the following measures:

But the real kicker was Mario Draghi’s statement that the central bank is considering asset-purchase as part of new measures. Following Fed’s and Bank of England’ last resort solution of using quantitative easing to weather financial crisis, the ECB is ready, if necessary, to prepare a plan to purchase asset-backed securities to inject liquidity and combat inflation.

So, what is this fancy-sounding process all about?

The way the central bank implements QE is by purchasing financial assets, usually mortgage backed securities and government bonds, using money it has created “ex nihilo” (out of nothing). The institutions selling those assets, either commercial banks or other private financial institutions, will then have “fresh” money in their accounts, and thus money supply will be increased.

The augmented demand for these assets increases the excess reserves of the banks and pushes up their market price, thus making them more costly to acquire, and consequently pushes down the yield they offer to investors, so they become a less attractive investment. As a result, the institutions who sold them can use the earnings to invest in other companies or lend to individuals, rather than purchasing any more of the assets. What is expected is that with private institutions and commercial banks now more enthusiastic about lending to business entities and individuals, the interest rates they charge drop, so more money is spent and the economy is boosted.

Is this printing money?

There are economists who argue that QE is the same process as printing money - even though it is done by electronically crediting bank accounts and not printing money - as it is an intentional increase of the central bank’s balance sheet and the monetary base. According to the Maastricht Treaty, EU member states are not permitted to finance their public deficits by printing money. That is why, if applied, the ECB will have to buy financial assets from private institutions and not directly from the governments. The central banks using this form of QE argue that it is different from printing money, as they employ such a measure as a part of their monetary policy to prevent deflation and not to help the government finance its deficit. In addition, it is a temporary policy, as the banks anticipate selling the assets back into the market when the economy recovers.

What is the challenge?

While one of the main objectives of QE is to stimulate inflation to prevent deflation, too much inflation could be an unintentional outcome. If the money supply rises too quickly, it may result in higher rates of inflation. This is because there is still a fixed quantity of goods for sale, when more money is now available in the economy. In addition, banks may decide to keep funds produced by QE in reserve rather than lending that money to companies and individuals.

A Bank of England report released with regard to the outcome of the first round of QE - that is the £200bn bond purchases made between March and November 2009 - indicated that the policy had helped to raise the UK’s annual economic output by between 1.5% and 2%, implying that the effects of the measure had been significant. Nevertheless, a number of economists have criticized that since QE begun in 2008, lending to individuals and companies has remained lethargic.

The simple fact is that no one knows how bad the economy would have been if not utilising QE. As a BBC economics editor put it: “Quantitative easing may well have saved the economy from a credit-led depression. We will never know.”

What we do know, though, is that QE has been successful in raising U.S. and U.K. stock indices. So, as we are waiting for QE to show its face, we can take advantage of this trend and make a decent profit in the near and medium term, by trading rising E.U. indices through CFDs.