The most reliable reversal patterns to make you money 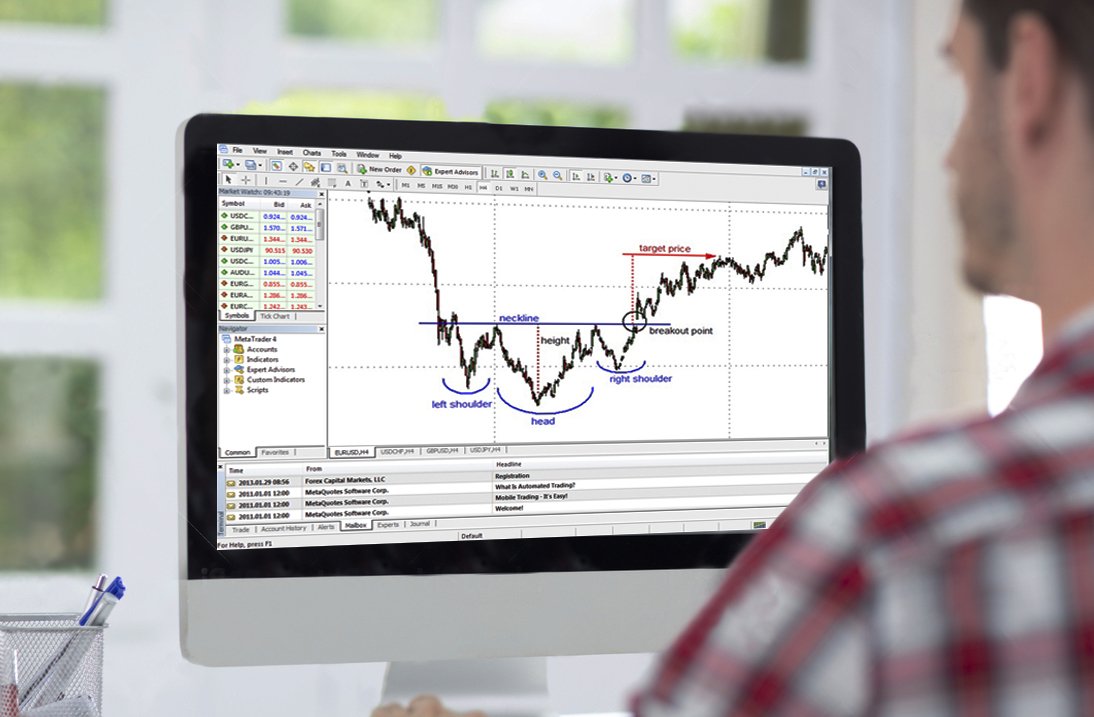 Ever wondered what great traders see that you don’t? If there is a secret trading formula only known to the insiders? Behold, we present three of the most profitable reversal patterns to master that will take you from zero to hero. These chart patterns have been employed successfully for many years, paving the way for sure profits to investors who know how to use them.

Read on to learn how to identify these proven reversal patterns and read charts like a Forex veteran.

The wedge pattern usually indicates a reverse of the trend that is being shaped within the pattern. A wedge is similar in structure to a symmetrical triangle, although the wedge’s converging trend lines slope in an either upward or downward course, in contrast to the more homogeneous trend lines of triangles. They also differ in the sense that a wedge is a longer-term formation. Wedges have two types – the rising and the falling –, with their main difference being in the overall slope of the formation.

A rising wedge is generally considered to be a bearish pattern, indicating that the price is possibly heading downwards. The converging support and resistance lines slope in an upward direction. As the buyers become unable to push the price higher, the sellers start to gain momentum. The pattern is complete when the price drops below the support level and sellers take control of the instrument. 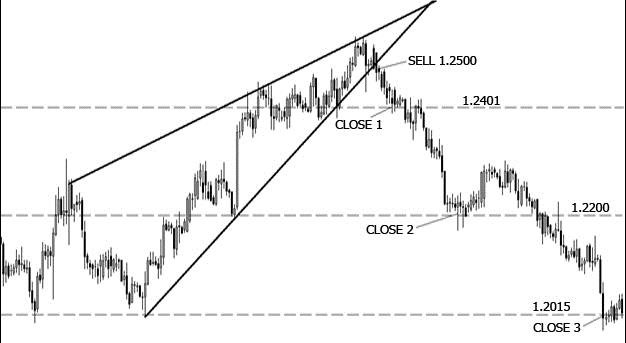 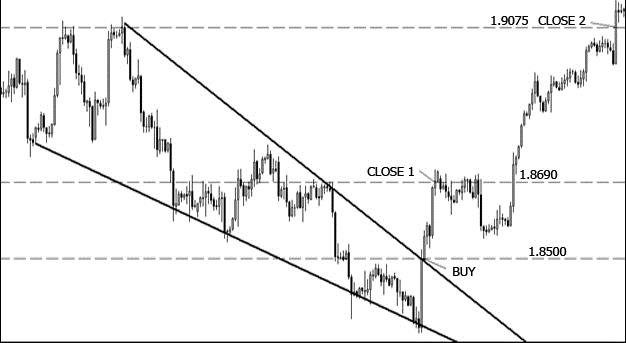 The head and shoulders formation is very popular among traders. It is a three-peak pattern that resembles a head with two shoulders. It usually signals an upcoming reversal, suggesting that the price will possibly move against the prior trend. There are two types of the head and shoulders pattern – the standard and the inverse –, both demonstrating a weakening in the trend and a decline of the peaks and troughs.

The standard head and shoulders pattern can be found at the peak of an upward trend and it is an indication that the price is set to fall once the formation is complete. The head (central peak) protrudes above the two shoulders (smaller peaks), which are set at the same or very close levels. The line of support for all three peaks is formed by connecting the two lows and it is called the neckline.

The first low point implies that buying demand begins to weaken. Investors who think that the instrument is priced too low respond with a buying delirium, followed by a flood of selling when they reckon the price has gone too high. This fall is followed by another buying streak, which fades out early. At the end, the price drops to its true value below the initial price.

The pattern is confirmed when the neckline is penetrated, after the formation of the second shoulder. It is at this point when most traders would enter into a position. The target is set by calculating the distance between the top of the head and the neckline and projecting it downwards to determine a lower target, in our example 1.8150. After reaching that level, the price is expected to pause and rebound.

The inverse head and shoulders pattern is confirmed when the price breaks through the neckline. This is the signal to open a trade. The price target is determined by following the same model as its standard counterpart; by measuring the distance between the head and the neckline and projecting it upwards to set a higher target, in this case 1.2830. 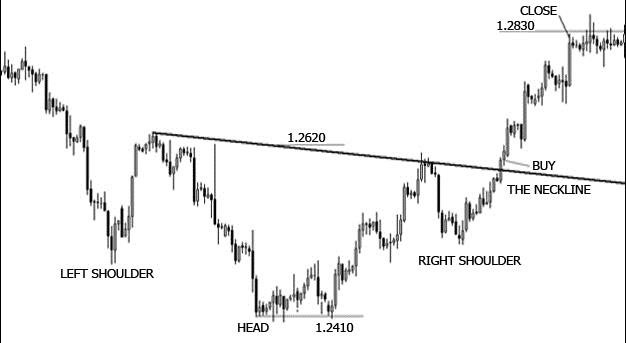 This formation represents the battle between bulls and bears. The buyers are trying to drive the price up, but are finding resistance, which inhibits them to continue the uptrend. After a few attempts, the buyers start to lose momentum and sellers begin to overpower them, pushing the price down towards a new downtrend.

The signal to enter a trade is given after a real penetration of the support line. Traders should check for an increase in volume in order to confirm the penetration. The target will be determined based on the distance from the trough to the top of the highest peak and projecting it downwards. In our example, the position can be closed out at 1.2610 with a profit. This pattern has a high success rate, yielding predicted gains. 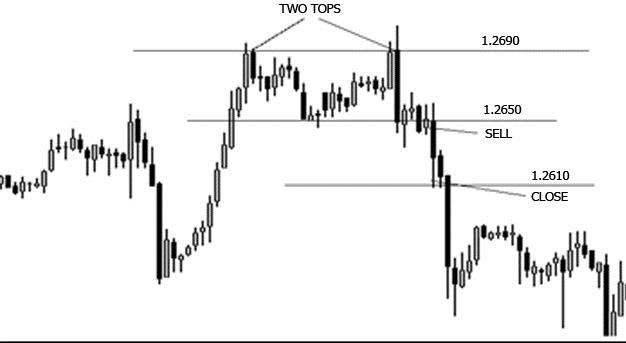 The double bottom is a mirror image of the double top formation, indicating a reverse of the downtrend into an uptrend. This formation comprises a small peak surrounded by two almost equal troughs (not differing by more than 3% or 4%). Double bottom is developed when a downward trend reverses, after attempting to reach a support level twice. As it fails to break down, the price reverses into a new upward trend.

The signal to open a position is given upon a breakout of the resistance line, which is drawn through the peak that connects the two troughs. The target is set by following the same model as with the double top pattern; measuring the distance from the peak to the bottom of the lowest trough and projecting it upwards. In this case, a trader could lock in a gain at 1.2900. 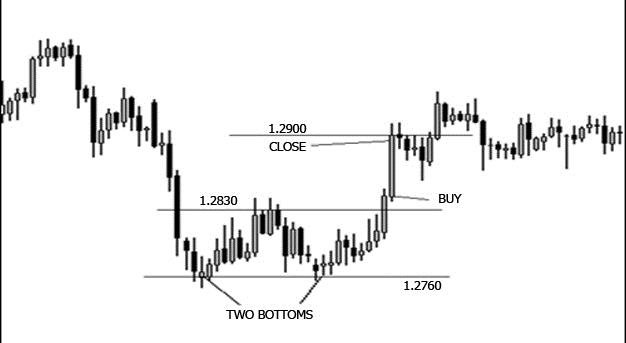 These patterns are some of the most time-tested strategies in Forex. By using them, you can feel secure that you trust your money to a simple, yet highly-refined system. By using the right tools, you will soon realize that making consistent profit is not a privilege of the few…