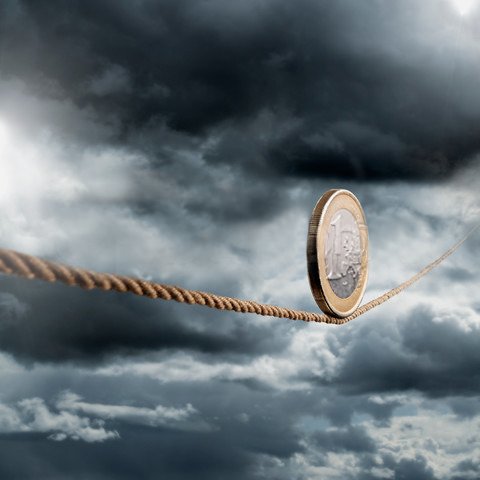 Fundamental analysis refers to the study of the economy of a country to assess the effect this has on the value of its currency. When an economy is growing, the national currency gains value and when it gets weak, the currency loses value. Comprehending the interrelation of two different currencies that reflect the ties between the two countries can enable a trader to determine whether a currency pair is likely to go up or down.

Forex traders examine the core underlying elements that impact a country’s economy. Τhey look at government and central bank policies, economic indicators, as well as social issues and environmental factors with the potential to trigger huge price fluctuations in order to predict market trends and price movements. From interest rates and central banks decisions to natural calamities, the fundamentals are a dynamic blend of distinct policies and unpredicted events.

So, let’s look at the most influential contributors of this diverse mix to understand what drives a currency up or down.

The most significant political events which can pose a massive impact on a national currency are elections. Elections may be regarded by traders as a situation denoting political instability, which frequently causes high currency volatility. Traders usually monitor pre-election polls to get a feeling of what is expected. When a government is likely to change, this could imply that new fiscal or monetary policies are to be introduced and employed, while this could become a powerful moving force for the value of the currency.

There are cases, however, of unexpected elections. Whether they take place as an outcome of a non-confidence vote, a crisis in the state apparatus or a corruption scandal, they carry the possibility to trigger chaos is the foreign exchange market. Unexpected elections may also lead to civil unrest and severe forms of upheaval. Events of such nature strike at the very foundation of a nation, bringing high instability in the political system, economic uncertainty and possible loss of rating.

Any unordinary, unstable situation in a country’s political structure may counteract possible positive results of the government, while the local currency may succumb to immense selling pressure. In the long-term, such turmoil is normally expected to cool out, while the currency may stay close to a rate that reflects the country’s economic outlook.

When it comes to fundamental analysis of a currency, one of the most influential factors to take into consideration is the monetary policy adopted by the national central bank. A central bank operates as a monetary authority with the ultimate goal of maintaining price stability in the country. It implements monetary policy in order to control the money supply, the availability of money and the cost of money. Moreover, it strives to achieve a balance between the rate of inflation and economic growth.

Monetary policy regulates the liaison between interest rates and the total supply of money in the economy. Interest rate refers to the commercial banks’ cost of borrowing. This cost determines the loan volume; the higher the rate, the more discouraged are the banks from borrowing, as it becomes more expensive to do so. As a result, the retail lending will also become pricier and consumers will borrow less, so the national money supply will decrease. Higher interest rates result in lower inflation rates, thus the country’s currency appreciates in value. In the opposite scenario, if the central bank decides to decrease the interest rate, then the money supply will increase and the inflation will rise, with a corresponding decline of the national currency.

In case that the money supply increases too fast and hits high levels, this would suggest a high rate of inflation, which is a damaging factor to the economy and the currency. High inflation cripples the purchasing power of the local currency, as one currency unit would buy fewer goods and services. On the other hand, if money supply is decreased too much, this would result in deflation and could also slow down economic growth.

When a central bank announces a rate hike during its monthly meeting, traders expect that the national currency is going to appreciate in value and, therefore, open a long position (buy) in anticipation of the uptrend. In case that the central bank cuts interest rates, traders anticipate that the price of the currency will start falling, so they open a short position (sell).

Apart from interest rates and inflation, there are other significant economic data that directly affect the economy of a country and thus its currency, such as the gross domestic product (GDP), the unemployment rate and the overall status of the labour market, consumer activity and confidence, as well as the balance of trade.

Force-majeure factors could be natural calamities, nuclear disasters, acts of terrorism or wars and always bear catastrophic consequences for the value of the affected currency. Disasters of such magnitude may severely damage the morale of consumers and infrastructure of a country, thus resulting in a crack in production that could generate tremendous financial losses.

Let’s take the examples of the earthquakes in Japan and New Zealand. At first, the currencies weakened because of the damage made to the economies. Then, they gained strength due to the money sent from overseas to the countries in order to fund the repairs. After that, the currencies fall again because of the actions implemented by central banks to provide additional funding and reduce interest rates, which adversely influenced the value of the national currencies.

Similar to the case of a natural disaster, the impact of war in an economy is almost always wide-scaled. A damaged infrastructure impedes a country’s short-term economic activity, which could cost the government billions, where a major part of these funds need to be borrowed. An economy wrecked by war usually needs to be recovered with the aid of low-cost capital, which comes from lower interest rates. This inevitably results in the devaluation of the local currency.

All of these situations should not be considered as trading opportunities. Instead it is prudent to regard them as warning signs. Let’s say that your technical analysis is giving you very strong signals on the U.S. dollar, but you know that tomorrow is election day in the U.S., or the Fed is due to release the latest interest rate decision or you just read that there’s a huge hurricane ravaging Florida. Then, you should absolutely abstain from entering that order, as it may actually end up in a loss. After all, you have to always keep in mind that trend line penetrations are actually caused by fundamental factors.