Gold: A store of value 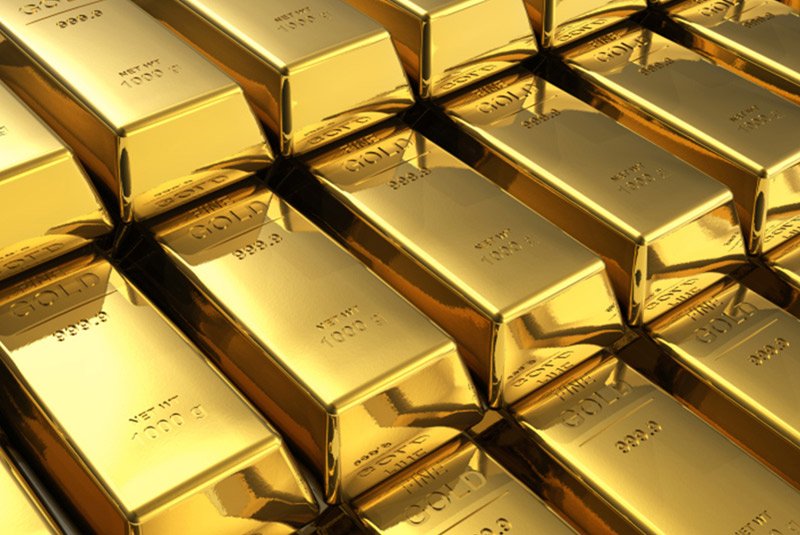 When the times are turbulent due to economic or political instability and the markets are volatile, traders opt for gold. Economic unrest has traditionally led the value of the precious metal to soar, as it is regarded by investors to be a safe haven asset. Such times also give rise to greater demand and interest for gold, which causes its value to increase even more. These market movements offer great trading opportunities that bring the potential for higher profits.

“Only gold grows more precious”, and as we analyze more in-depth, we will unravel the opportunities trading in gold possesses and how one can truly profit from it.

Why traders invest in gold?

Gold has been a highly favourable financial instrument among investors for a really long time. It is an independent commodity with high value that it is not associated to particular markets, individual countries or specific companies. That is why investors trade gold to offset the adversities that occur in the economic surroundings.

The gold market is a global over-the-counter market. The COMEX division of the New York Mercantile Exchange and the London Bullion Market Association are the two biggest market places for gold in the world. Like any other financial instrument, the price of gold is determined by supply and demand. People will often store supplies of gold during times of economic and political turmoil. Storing gold makes supply short and demand strong, thus pushing up the asset’s price.

What makes the gold market tick?

Conventionally, gold has commonly been regarded as a safe haven during periods of financial unrest. When there is any kind of market instability, markets experience a rise in gold, as it is regarded as the ideal hedging medium against these events. The perception behind this is that a precious metal with inherent value will maintain its value better than a financial instrument in less solid markets, such as currency or stocks, both of which can plummet on downbeat market data.

Investing in gold is also a great way to hedge against inflation. Gold has a negative correlation with interest rates, which means that as inflation rises and interest rates fall, the gold price is likely to keep rising, as it attracts traders who are unable to obtain returns from investing in other financial instruments.

What is more, high levels of government debt can negatively affect foreign exchange markets and thus make traders turn into gold. Trading gold acts as a hedge against currency devaluation, a feature which comes as central banks keep pushing quantitative easing policies to inject liquidity and reduce the levels of debt in countries.

Another factor that boosts demand for gold is heightened geopolitical risks in the world. When there is political unrest, like the recent events in Ukraine, Russia and Iraq, traders flock to the gold market in droves, as they fear that their returns could be damaged by political change or instability in a country and seek refuge in a safe asset to offset their loses.

How are gold prices formed?

The price of gold is measured by its weight. There are various ways of weight measurement in the precious metals markets. A troy ounce is the most common of them and equals about 31.10 grams. In terms of trading, if let’s say, the gold price is $624.89 then one ounce of gold is traded for $624.89.

Gold is priced in terms of U.S. dollars and it moves to the opposite direction to the currency. If the dollar gets weak, it will positively affect the demand for gold, as international investors will think that they are getting more because of the exchange rate, whereas if the dollar rises in value, gold prices decrease. For this reason, investors trade gold as a protection against the greenback to balance their profits and losses against it. In addition, as gold tends to maintain its purchasing power over time, traders may purchase gold to balance the effects of currency value changes.

In Forex, gold is a form of currency and a major driver of the market. The internationally accepted code for gold exchange rate is XAU. As gold is neutral, meaning that it is not related to any particular country, the increasing price of the asset affect trades in various currencies. Higher gold prices can be particularly significant to the currencies of major gold-producing countries. Canada is the world’s third largest producer of gold and Australia is the world’s third largest exporter of gold. Thus, if a trader believes that the gold price will keep rising, he can trade the Canadian or Australian dollar, as those currencies will most likely rise.

How to trade gold CFDs?

Traders trade gold through CFDs to get leveraged exposure to the asset. A CFD is a contract to buy or sell a particular amount of gold at a predetermined date. The profit and loss in such transaction is affected by the changes in the asset’s price. Gold CFDs offer traders the opportunity to speculate and diversify their trading portfolios, without physically owning the underlying gold volume, while enjoying the benefits as if they had.

Gold CFDs are very widely-traded and have high liquidity. The most popular way to trade CFD is over the spot gold price, which is the currently quoted price at which the asset can be purchased or sold at a specified time and place. To give you an example of trading the spot gold price, let’s assume that the gold market was very active lately and you believe that it will remain bullish, so you decide to open a trade. You get a quote for spot gold at 953.2 – 953.9. You buy 20 spot gold CFDs at 953.9. The tick size is 0.1, so if the asset moves from 953.9 to 954.9 it equals 10 ticks. The value of 1 tick equals $25, as the contract size is 250 troy ounces. The base currency of the spot gold is U.S. dollars. Over the next couple of days, you see that the gold price has increased even more and the quote is now 966.2 – 966.9. You make a decision to close your position and sell at 966.2.The profit that you make is:

Whatever your trading strategy, whatever the reason you decide to trade gold, the simple fact is that traded wisely, gold can bring you some pretty hefty gains.