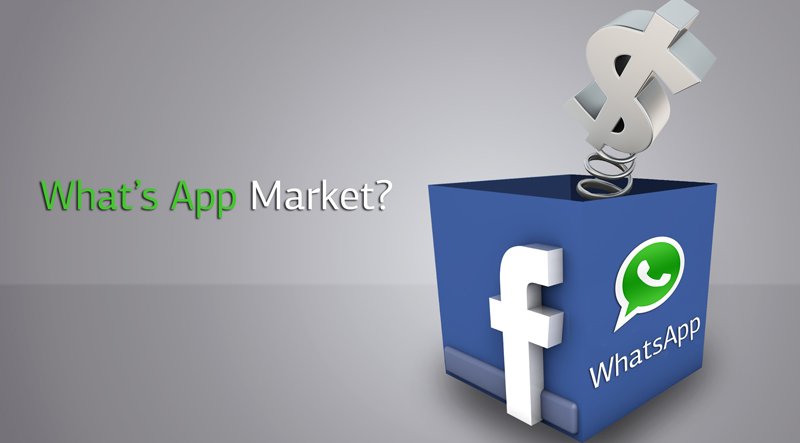 Facebook announced the acquisition of the mobile messaging service WhatsApp in a deal valued at a staggering $19bn. The acquisition was publicized on Wednesday, February 19, after filing with the US Securities and Exchange Commission. According to the terms of the merger, WhatsApp will become a wholly owned subsidiary of Facebook for $16bn and additionally to the sale price, WhatsApp’s founders and employees will receive another $3bn in Facebook shares, vested over a time period of four years.

This is the largest acquisition of Facebook so far and also one of the biggest deals in the social media arena to date. It is noteworthy, that the agreement was worth more than 10 times what Google spent on YouTube and more than 20 times what Facebook spent for Instagram back in 2012 (less than $1bn).

WhatsApp is one of the largest “over-the-top” chat applications, which allow smartphone users to send each other text messages with a nominal fee of $0.99 a year. The hefty price tag of $19bn that Mark Zuckerberg – CEO of Facebook – decided to give on a company with a mere count of 55 employees and operating on as little as $60m of funding is massive, even by the standards of Silicon Valley.

The deal is strategic for Facebook. Just a few days after the acquisition (Feb. 25), WhatsApp’s executives announced that in the second quarter of 2014, the chat application will add free voice-call service for its 450 million users. Announcing the new service at the Mobile World Congress expo in Barcelona, the start-up’s founders said that the voice-calling option move will help the app to reach one billion users.

The announcement sheds light on why the world’s largest social network decided to shell out $19bn for WhatsApp. While Facebook operates its own text messaging platform - Facebook Messenger - WhatsApp’s own user base, enhanced by the new prospect of the voice calling feature, could cement Facebook’s dominance not only in the social networking space, but in the mobile communications market in general. Moreover, as Bloomberg’s data showed, with $0.99 per year, 1 billion paying WhatsApp users would bring $1bn sales annually, thus multiplying the rewards for Facebook, compared to what is now paying.

Reactions to the deal

While Mark Zuckerberg stated that he actually thinks that WhatsApp is worth more than 19bn by itself and that it is a really good bet, reactions have been varied.

Initial reactions following the announcement of the massive price tag were fuelled with skepticism. Critics argued that Facebook paid an extravagant amount for an overvalued chat service. They also commented that the $19bn deal is the epitome of arrogance, and that Zuckerberg is ready to go to any lengths to remain the leading social networking player and is buying up the competition.

Upon further review though, doubtful analysts changed their mind, in view of Facebook’s tactic to acquire half a billion users in a demographic group that largely seems to elude – the young people. Moreover, with this deal, Facebook manages to prevail in the global market, considering the amount of time spent by individual users on their smartphones. Among Facebook, Instagram and WhatsApp, the organisation owns three of the top five applications in terms of user time spent every day.

They argue that the acquisition could really pay off and that it is early to say that Facebook overpaid the start-up, until we see what happens over the next couple of years. In case that WhatsApp actually attains the goal of 1 billion users in the next fiscal year in line with Facebook expectations, and then starts to monetize those users through the usage of fees and games, it may turn out to be a reasonable price paid after all.

Following the skepticism of the announcement of the acquisition on Wednesday 19, Facebook Inc. (FB) shares were trending down. After only hours of trading, FB shares climbed to $69.08, bringing the company’s value to more than $176bn and surpassing Bank of America, which was rated at $172bn. Facebook became the biggest gainer of CNN MoneyTech 30 index for 2014 and traders seemed very optimistic that the company’s shares will continue to rise even higher, with some forecasting to reach $100 this year.

Next day, FB stock raised to an all-time high of $75 with call options expiring in March being the most traded, with more than 68,000 contracts or about 7% of the daily total. On Friday 21, March $70 calls were still the most traded, changing hands almost 82,000 times or 10% of the day’s volume. On February 20 and 21, the total volume reached 1.3 million, a four-month high. More than half of those contracts were out of money, representing bets that FB shares will keep rising after they quadrupled since September 2012.

On Monday 24, shares of the networking giant hit $70.92, rising to 3.4% or 2.33 points. The stocks volume was heavy, with 76.63 million shares changing hands, compared to the average daily volume of 63 million. FB shares faded a bit on Tuesday, falling less than 1% and last changing hands at $70.19. Bloomberg indicated that traders bought and sold 554,000 FB bullish calls on a daily basis since Thursday 20, up from a daily average of 247,000. Bullish options volume outpaced bearish by about 2-to-1, since the deal was announced on Wednesday 19.

WhatsApp’s acquisition of $19bn did little to hinder the bullish rise of FB shares that had already rallied 29% in 2014 and over 152% over the last 12 months. The rewards arose, even though so many bear traders have argued that Facebook stocks are overpriced and the social network has important weaknesses.

With Facebook stocks trading at 56.5 times projected earnings, would you consider investing your money in it?

Dear TeleTrade Clients, Please view the following changes to trading sessions of the below CFD instruments on January 18, 2021 due to USA MLK Day, and on January 25 and 26, 2021 due to Australia...

Dear TeleTrade clients, Please view the following changes to trading sessions of the below CFD instruments due to the upcoming Christmas and New Year holidays. Changes to trading...

Dear TeleTrade clients, Please view the following changes to trading sessions of the below CFD instruments on November 26 and 27, 2020 due to Thanksgiving Day in the USA. Changes to trading...

Dear TeleTrade clients, Due to the upcoming presidential elections in the USA which are going to take place on Tuesday, November 3rd, 2020, markets may be expected to be very volatile during and...