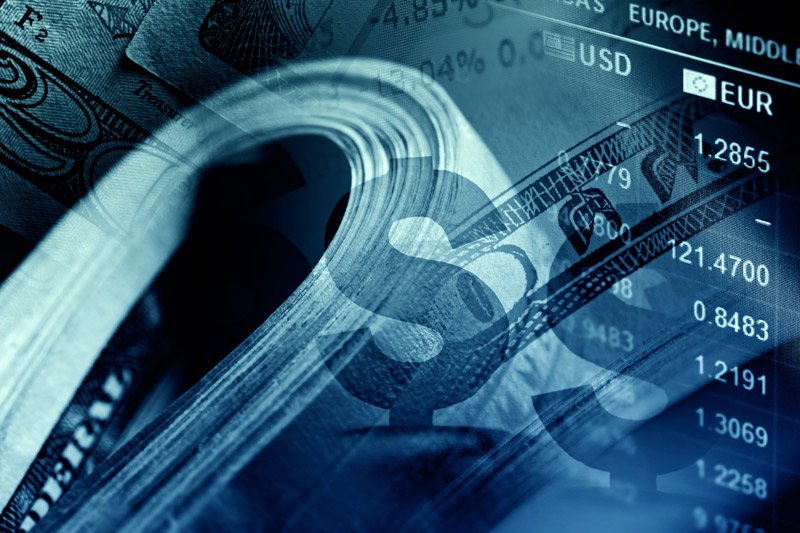 All eyes last week were on dollar’s slide against all rival currencies, after the release of disappointing U.S. retail sales report for January and unexpected rise in initial jobless claims the week ended February 8.

Official data from the U.S. Commerce Department published on the economic calendar on Thursday, February 13th, showed a slide in retail sales for the second consecutive month in January. The report indicated that retail sales decreased by a seasonally adjusted 0.4% the previous month, upsetting expectations for a 0.3% rise and seriously questioning the outlook of the U.S. economic recovery. December’s figure was revised down to 0.1% decline from a previously reported 0.2% gain, when winter clothing sales rose. Strong retail sales associate with robust economic growth, while decreasing retail sales show a declining economy, thus directly affecting the market sentiment in a negative way.

The report also indicated that core retail sales, excluding automobile sales, were flat in January, compared to expectations for a 0.1% increase. The corresponding figure in December was revised down to a rise of 0.3% from a formerly documented upsurge of 0.7%. Core sales reflect on the consumer spending element of the U.S. Gross Domestic Product. It is noteworthy that consumer spending accounts for 70% of the overall economic growth.

The median estimate of 86 economists surveyed by Bloomberg News before the release of the official data in Thursday, showed stagnation in U.S. retail sales in January. In anticipation of the report, TeleTrade analysts said that “a probable decline or flat outcome on retail sales report, will provide little motivation for traders to buy the greenback, where this in the short-term will imply little prospective for the currency’s recovery”.

Meanwhile, official data from the U.S. Department of Labor showed that the number of individuals who filed for unemployment assistance in the week ending February 8, increased to 339,000 from the previous week’s figure of 331,000. Economists had anticipated jobless claims to drop by 1,000 to 330,000, so the announced figure came as a shock. The unexpected 8,000 weekly increase fuelled traders’ concerns over the strength of the U.S. labor market.

Following the release of the weak data on Thursday, 13, the single currency rose versus the U.S. dollar, with EUR/USD climbing up to 0.65% to 1.3681, rebounding from the previous session’s lows of 1.3561, after the statements of Benoit Coere - ECB member - that the ECB is seriously considering a negative overnight interest rate on deposits.

In Friday 14, however, the single currency peaked to an almost three-week high against the greenback, with EUR/USD gaining 0.08% to 1.3691. The euro found further support after the release of preliminary data reporting rise in Eurozone’s Gross Domestic Product by 0.4 in the last quarter. The report that was published by Eurostat, exceeded forecasts for a 0.2% increase, following a merely 0.1% rise in Q3. Eurostat’s data also indicated that the seasonally-adjusted GDP growth in the Eurozone area was projected to be 0.5% up compared to the last quarter of 2012.

Another report earlier in the day, indicated that the German GDP increased by 0.4% in Q4, above forecasts for a 0.3% increase, while the French GDP rose 0.3% during the same period, with regard to forecasts for a 0.2% rise.

The sterling edged up to a 33-month high versus the U.S. dollar on Friday, with GBP/USD increasing to 1.6715 during European morning session. The cable strengthened significantly after the Bank of England revised its forecast for the U.K. economy from 2.8% to 3.4% for the current year on Wednesday, 12. The BoE also updated its forward guidance on bank rates, stating it will not increase rates until the spare capacity in the U.K. economy has been fully absorbed, which it is not expected to occur until 2015.

Performance of Other Major Currencies

In the wake of the unexpectedly weak data on Thursday, the USD/JPY hit 101.71, the lowest since February 7. The greenback remained lower on the following day, with USD/JPY reaching 101.85. The yen generally found support against its rival counterparts at the end of the week, as decreases in Asian equities enhanced demand for Japan’s safe currency.

On Friday 14, the U.S. dollar also edged lower versus the Australian and New Zealand dollar, with AUD/USD rising 0.51% to 0.8924 and NZD/USD gaining 0.32% to 0.8368, after the announcement of positive inflation figures from China, as the country is the main trading partner of both Australia and New Zealand. The greenback lowered against the Swiss franc and the Canadian dollar, with USD/CHF falling 0.11% to 0.8926 and USD/CAD dropping 0.20% to 1.0953.

Among weak retail sales and employment numbers, the U.S. dollar index, which records the overall performance of the currency against a basket of six other major currencies, fell 0.18% to 80.21 on Friday, which is the lowest in more than a month.

Founded in 1994, TeleTrade is a truly global brand with over 200 offices in 30 countries, being an acknowledged leader in its field with numerous industry and business awards. TeleTrade-DJ International Consulting Ltd is established in Cyprus and maintains representative offices in most EU countries. It is licensed and regulated by CySec (Cyprus Securities and Exchange Commission) under licence number 158/11 and operates in accordance with MiFID (EU Investment Directive).

Dear TeleTrade Clients, Please view the following changes to trading sessions of the below CFD instruments on January 18, 2021 due to USA MLK Day, and on January 25 and 26, 2021 due to Australia...

Dear TeleTrade clients, Please view the following changes to trading sessions of the below CFD instruments due to the upcoming Christmas and New Year holidays. Changes to trading...

Dear TeleTrade clients, Please view the following changes to trading sessions of the below CFD instruments on November 26 and 27, 2020 due to Thanksgiving Day in the USA. Changes to trading...

Dear TeleTrade clients, Due to the upcoming presidential elections in the USA which are going to take place on Tuesday, November 3rd, 2020, markets may be expected to be very volatile during and...